These are custom maps for Doom. I recommend to play them with a contemporary Doom port like ZDoom.

Visions of Eternity is an episode for the Ultimate Doom in spirit of the original Doom episodes. It starts off as an episode 1 themed episode, but later the style moves more towards an episode 2 and 3 style. Special attention was put into enemy balance and (in the newer maps) open levels that allow for multiple ways through the map.

In addition to the episode itself, there is a PDF booklet available for download which contains the "story", background information and trivia about the development of the episode. Caution: The booklet contains the map layouts and may thus contain spoilers. 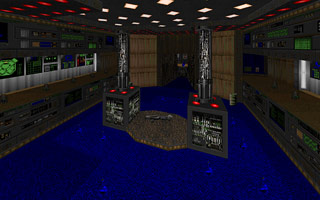 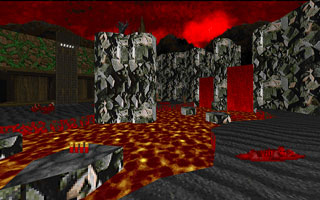 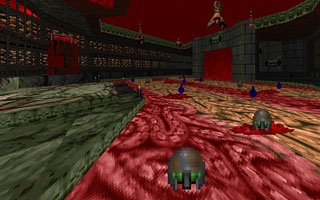 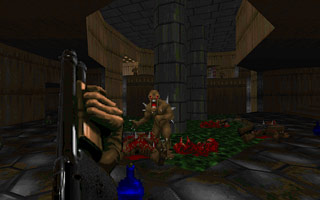 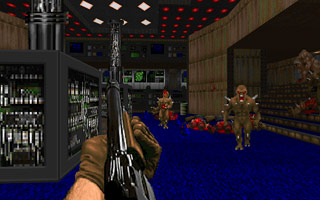 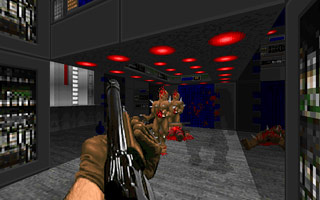 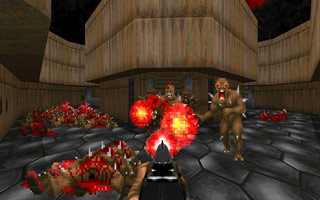 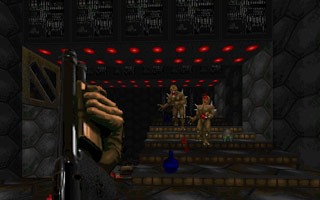 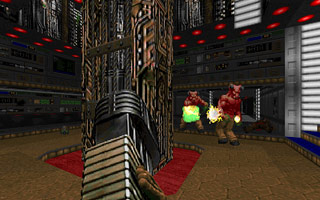 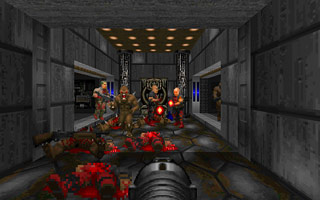 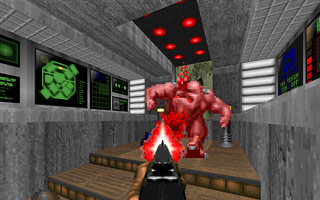 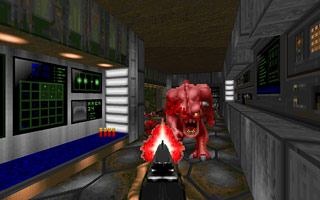 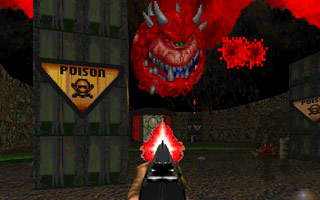 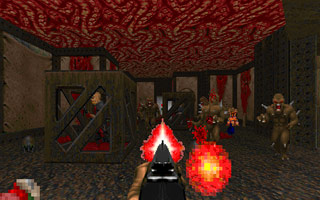 This map follows Doom's episode 2 style quite closely. I played a lot of episode 2 at that time and my goal was to create a map that had the same atmosphere. This medium sized map offers a lot of tight fights. 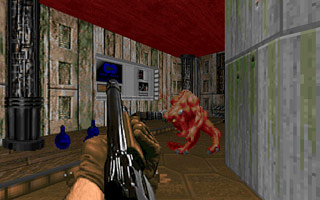 For this map, I experimented with episode 2 style texturing, which was new for me (and at places it drifted away towards a more episode 3 type of style). The result is a map with some weird texture use, more colourful than in my other maps. This medium sized map is one of my favorite levels. 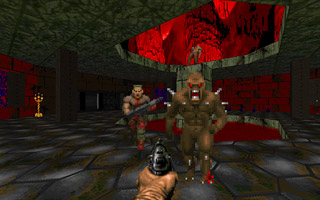 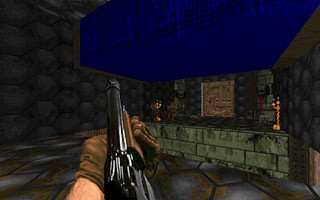 This map was my contribution to the Doomcenter (R.I.P.) Episode 1 mapping contest, which was part of the Episode 1 Week in 2001. The task was to create a map that uses architecture and texturing similar to John Romero's episode 1 in order to create a map that comes as close to the style of that episode as possible. All fifteen contest entries were judged by John Romero himself. My map reached the 4th place.

“Comm Center” is like a foray through all the maps of “Knee Deep in The Dead”. A lot of familiar architecture, put together in a new way. 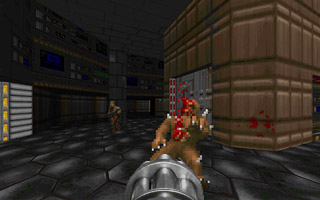 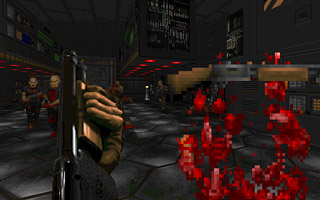 This map, which has a pretty nondescript title, was one of the first maps I made with the Doombuilder level editor. 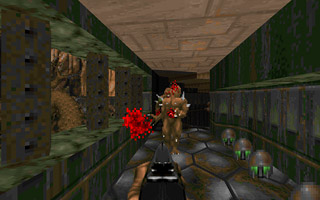 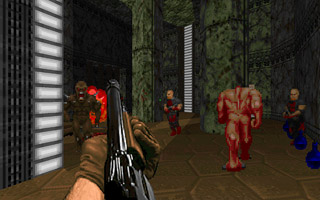 A small map with a nice red/brown texture theme. A river of hot blood runs through this level, better make sure not to get your feet red...er...wet. 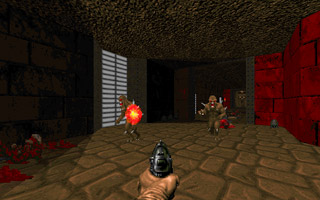 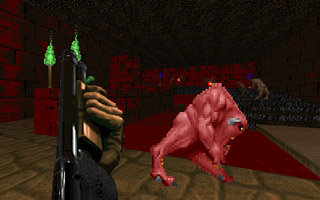 A medium sized level with a clean architecture and hordes of enemies to fight. The environment is set in some sort of waste storage/treatment plant. Texture style uses lots of green, including the sticky green goo that gives the map its name of course. 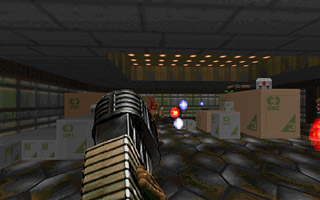 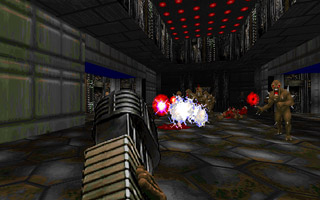 The title comes from the shape of the maps in this two level levels. They are built to fit in a square map, similar to the original Doom maps E2M1 and E2M7. The first map of this two-level-set is very similar in style to Doom's E2M1. The second map uses a red/green brick wall texture theme, with some lava thrown in for additional fun. 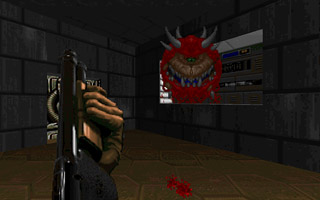 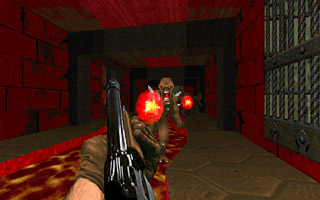 An older map in the style of episode 1. I tried to achieve an authentic episode 1 style with this one. 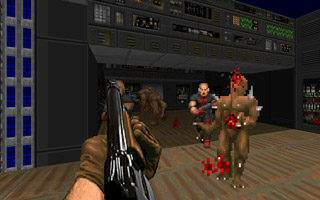